Marine and coastal environments of the globe are influenced by anthropogenic activities and climate change. Division of Environmental Dynamics elucidates the nature and causal mechanisms that alter such environments and develop effective methods to predict the dynamics behind them. Observational and modeling approaches, combined with the other Divisions of CMES, have been used to address various global environmental issues. Particularly, much effort is being devoted to the exploration of physical mechanisms operating in the environment. 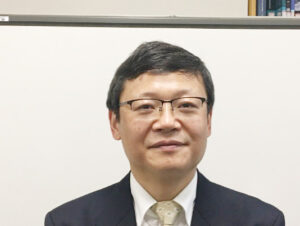 We focused on physical oceanography. Our main research areas are the East China Sea, the Seto Inland Sea, and the Kuroshio region. We study the physical processes responsible for the variations in water temperature, salinity, current structure, and material transport in these areas using a hydrodynamic model. We also combine a low-tropical ecosystem model with a hydrodynamic model to better understand the contribution of physical and biogeochemical processes in nutrients and phytoplankton variations in these areas. Recently, we added persistent organic pollutants (POPs) and microplastics as our target materials and examined their movement and distribution using numerical simulations. We found that the presence of ocean current can modulate the spatial distribution of polychlorinated biphenyls in the surface ocean, thereby changing its air-sea fluxes. On the other hand, we extend the timescale of our study on hydrodynamic processes from seasonal to interannual or decadal, and even thousands of years to understand the current ocean physical environments from a historical viewpoint. 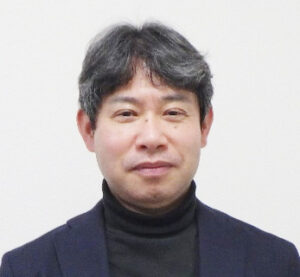 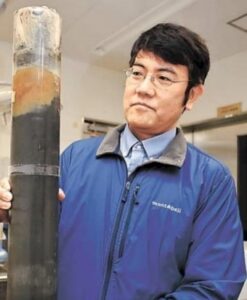 Modern human societies are faced with serious problems, such as global warming, environmental pollution, and depletion of resources. We need lengthy proxy data to elucidate past dynamics of environmental conditions and ecosystems to make projections. We are working on identifying such dynamics, which may influence modern and future society, and uncovering the driving mechanisms from geological strata. Recently, we conducted advanced research on fish populations using fossil fish scales and sedimentary DNA; past ecological structures use microfossils, algal, and zooplankton-derived pigments, as well as stable carbon and nitrogen isotopes, the Anthropocene GSSP-research project Beppu Bay, and historical deposition of ocean microplastics. 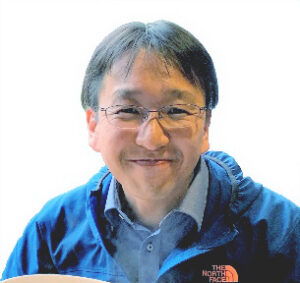 We studied the ecosystem and biogeochemical cycles in the ocean using field observations and numerical modeling. We focus on the marine lower-trophic level ecosystem in the Seto Inland Sea, which is the representative semi-enclosed coastal sea in Japan. We observed the spatiotemporal variations of the marine ecosystem and reproduced them using the plankton functional type model. We simulated the marine ecosystem responses under various environmental conditions such as the rise in seawater temperature and the decrease in nutrient concentrations. We also studied the initiation and termination processes of harmful algae bloom, responses of fishery resources to nutrient variations, and biogeochemical cycles between coastal and oceanic seas.

Division of Environmental Chemistry and Ecotoxicology

The aspiration of the Division of Environmental Chemistry and Ecotoxicology is to create a solution and remedial measures for saving ecosystems from the risks of various hazardous chemicals such as persistent organic pollutants (legacy and novel POPs), endocrine disrupters, as well as trace elements. This division has studied the contamination status, environmental behavior, and bioaccumulation features of such chemicals in environmental and biotic samples from marine and terrestrial ecosystems (including air, water, soil, sediment, fish, birds, humans, and several other mammals), from global and local perspectives to assess the adverse effects posed by these contaminants. Our division also addresses the understanding of molecular mechanisms underlying species-specific effects and susceptibility to chemical exposure, focusing on the function of lipophilic ligand receptors and xenobiotic-metabolizing enzymes.

Division of Environmental Chemistry and Ecotoxicology 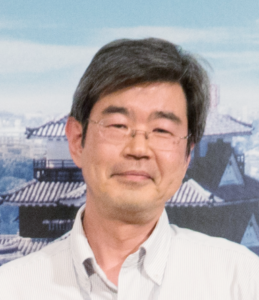 Organisms in the ecosystem are contaminated by chemical substances. We investigate the toxic effects and risks of environmental pollutants on animals. The following are challenges in our research:
1. The investigation of the genetic information of receptors that respond to pollutants and the species differences in response to pollutants is indispensable to assess the risk of environmental pollutants in numerous animals. We study the linkage between genetic differences in receptors and sensitivity to pollutants in diverse animals.
2. Organisms maintain their lives by strictly regulating the function of their genes in the body. Thus, we establish experimental systems to evaluate toxic effects by comprehensively monitoring the expression of animal genes, such as RNA (transcriptome) and proteins (proteome), in response to chemical exposure. 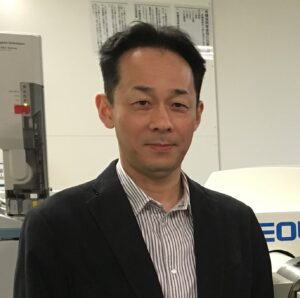 Searching for persistent and bioaccumulative unknown chemicals using an integrated approach involving a modern analytical instrument and bioassay methods, as well as assessing ecological risk.
The numbers of chemicals produced in industries are increasing with the diversification of lifestyles, but only a few anthropogenic chemicals are legally monitored and controlled. Furthermore, likely, the type of potentially toxic substances and their release into the environment are increasing yearly because their metabolites and degradation products, impurities, and intermediate compounds are exempt from legal regulations, leading to adverse effects on biota. We researched the development of novel searching and identification methods, elucidation of environmental levels, bioaccumulation features, ecological risk assessment, and new persistent contaminants, by integrating chromatographic techniques of advanced analytical equipment and in vitro bioassay. 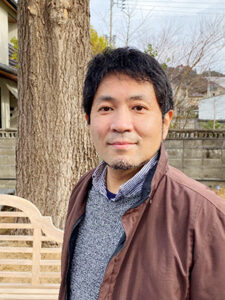 Ionic environmental pollutants have been linked to low bio-persistence and bioaccumulation. However, they are detected in various organisms and induce neurotoxicity and abnormal behavior at the environmental exposure level because of the development of analytical techniques, so academic and social interest is focused on the transferability to the brain and risk assessment.
In order to evaluate the effects of exposure to ionic environmental pollutants, we study the analysis of endogenous hormones and neurotransmitters using mass spectrometry (GC-/MS. LC-MS/MS, and LC-QToF-MS/MS), and the development of endpoints using the metabolomics method for target samples such as brain and serum. Additionally, we elucidate the “commonality” and “species difference” that lead to the mechanism of neurotoxicity by integrating with ADME and omics analysis for various organism species. 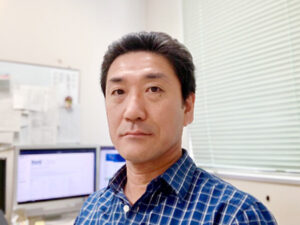 To evaluate the ecological risk of chemical substances, we study the accumulation and toxicity of chemicals and analyze their mechanisms of action in aquatic organisms, mainly fish. Particularly, we are conducted early-life stage toxicity tests on embryos of Japanese medaka and pufferfish, as well as immunotoxicity assessments, focusing on changes in susceptibility to bacterial infectious disease in common carp. We also investigate the mechanism of the observed toxicity based on transcriptome analysis through next-generation sequencing. Recently, we evaluate the effects of chemical substances on individual organisms and communities through analysis of gut microbiota and sediment biota using DNA metabarcoding. 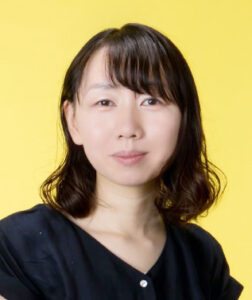 We focused on assessing the ecological risk posed by chemical substances in the aquatic environment. We actively studied the occurrence and fate of pharmaceuticals and personal care/household products in the aquatic environment, and the bioconcentration and toxic potential of these bioactive compounds to aquatic organisms. Because physiological/biological effects of chemicals are triggered when their concentrations in the organism exceed the respective threshold values, we studied the bioconcentration, toxicokinetics (uptake/absorption, distribution, metabolism, and excretion), and the toxicodynamics of bioactive compounds described above in aquatic organisms to address interspecies differences in sensitivity to environmental contaminants. Additionally, We recently started a comprehensive micropollutant analysis with liquid chromatography quadrupole time-of-flight mass spectrometry (LC-QToF-MS/MS) to detect unregulated novel synthetic chemicals with bioaccumulative and ecotoxic properties.

The Division of Ecosystem Health Sciences is a new division created in the reorganization of CMES in 2021. The division promotes research that contributes to One Health, which comprehensively protects the health of humans, animals, and the environment in urban, freshwater, and coastal ecosystems. The specific research areas widely cover 1) environmental epidemiology to ecologically control mosquito-borne infectious diseases such as dengue diseases in tropical/subtropical countries, 2) study of developmental mechanisms and dynamics of antimicrobial-resistant (AMR) bacteria in urban and coastal ecosystems, 3) development of novel technology to assess riverine biodiversity using environmental DNA, 4) field-based studies of viral, bacterial, and parasitic diseases that occur in marine fish and shellfish such as flatfish, sea bream, and ascidians, and 5) elucidation of the material cycle and predatory food chain structure of microbial ecosystems in coastal areas. 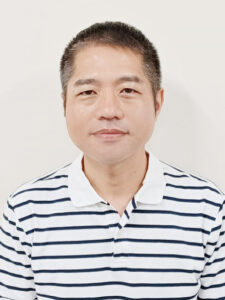 We conduct an ecological study on insects and microorganisms in water and urban environments to improve the health level of humans and natural ecosystems. The major research topics are 1) evaluation and conservation of biodiversity in river ecosystems, 2) ecological control of mosquito-borne diseases such as dengue fever, and 3) the elucidation of the mechanisms of development and dynamics of AMR bacteria in water environments. We used various research methods, including next-generation sequencing-based molecular biological analysis, machine learning, epidemiological modeling, bioinformatics, viral experiments using cell culture experiments (in vitro), and mosquito breeding experiments (in vivo). We also promote overseas field research and international joint research, especially in Southeast Asia, such as the Philippines and Indonesia. 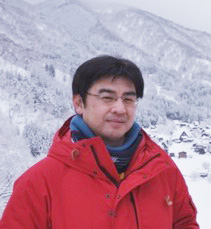 Viruses, bacteria, fungi, and parasites cause serious infectious diseases in humans, fish, and shellfish. We study infectious diseases in marine fish and shellfish. These following four infectious diseases are the research topics in our group: lymphocystis disease in Japanese flounder Paralichthys olivaceus, edwardsiellosis in red sea bream Pagrus major, scuticociliatosis in marine fishes, and soft tunic syndrome in ascidian Halocynthia roretzi. We investigate virulence factors in these pathogens and pathophysiology in the host organisms as basic research. Our final goal is to control these diseases from the viewpoint of integrated pest management, including vaccine development. These researches are conducted in cooperation with researchers in other universities, prefectures, and aquariums. 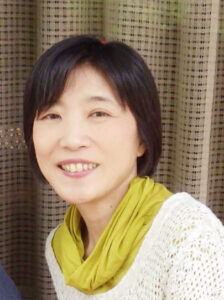 Viruses, bacteria, fungi, and parasites cause serious infectious diseases in humans, fish, and shellfish. We study infectious diseases in marine fish and shellfish. These following four infectious diseases are the research topics in our group: lymphocystis disease in Japanese flounder Paralichthys olivaceus, edwardsiellosis in red sea bream Pagrus major, scuticociliatosis in marine fishes, and soft tunic syndrome in ascidian Halocynthia roretzi. We investigate virulence factors in these pathogens and pathophysiology in the host organisms as basic research. Our final goal is to control these diseases from the viewpoint of integrated pest management, including vaccine development. These researches are conducted in cooperation with researchers in other universities, prefectures, and aquariums.

Office for International and Social Cooperation

CMES has long played a role as an “Environmental Research Core in Asia”. To further promotion of CMES as the core, in year 2021, the Division of International and Social Cooperation of CMES, which was one of the four research divisions, was reorganized into the Office for International and Social Cooperation, which oversees the entire CMES and serves as a headquarters for the promotion of long-term international strategies. The Office is expected to play a role in gathering research needs / seeds from developing countries where environmental problems are becoming more serious, and in designing and promoting interdisciplinary and problem-solving international collaborative research through cross-sectional cooperation among the three research divisions of CMES. In addition, starting with the “Ehime University – De La Salle University International Collaborative Research Laboratory in the Philippines” (https://eudlsu-icrl.weebly.com/), which was established in 2021, another international collaborative research laboratories (ICRLs) will be setup under the Office to strengthen the research platform for field-based research with partner countries in Asia. The international network established by this Office is expected to lead to the further international utilization of the core center, Leading Academia in Marine and Environment Pollution Research (LaMer). 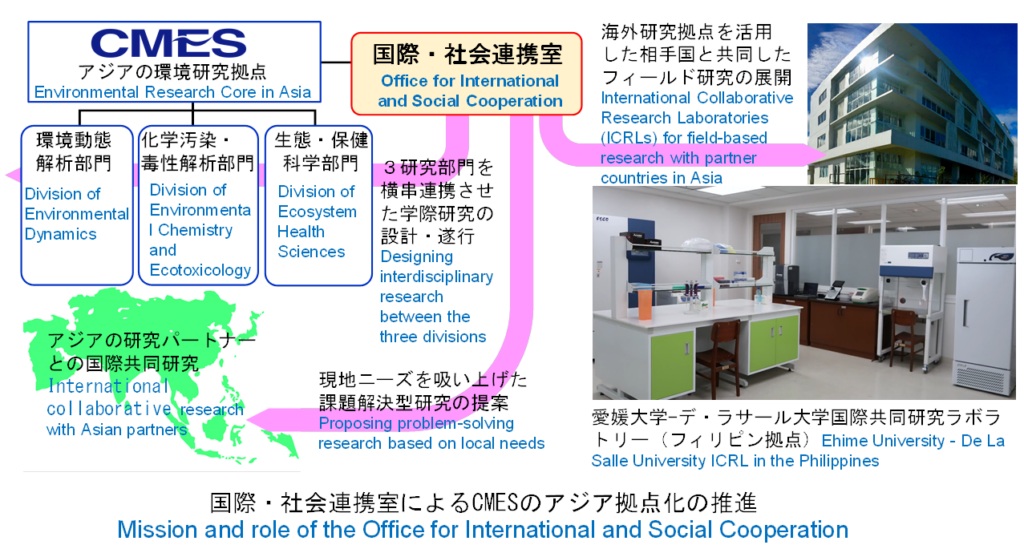